I CAN HELP YOU GET UNSTUCK

To get unstuck we must first understand what has us stuck. Jesus encountered the temple system of worship in Israel when He came to earth, a system where men built shrines to God, ordained “pastors” to “shepherd” the flock, and then abandoned their personal responsibilities to God, leaving that to the ordained ones. This then evolved into a system of professionals and amateurs, and of the certified who were revered and the uncertified who were largely forgotten.

To this system “The Good Shepherd” came, setting a new example and introducing a new form of the practice of faith. He said the response of His sheep would be twofold: “to hear His voice and follow Him” (John 10). Then He led them out of their lukewarm faith and mundane existences and showed them, through His words and his example, “they could have life, and that abundantly.” He didn’t promote professionals and amateurs and neither do we. We believe every man’s place is significant in the body, and each has been given unique and critical giftedness that can be discovered, developed, and deployed there.

Jesus brought the kingdom of heaven on earth to overcome an opposing kingdom: the kingdom of man and religion. It is Satan’s most prized possession and the one he has, since the Garden of Eden, employed to deceive God’s people. He tried to deceive Jesus in the desert with it and he uses the same ploy today with us. The enemy will do anything to keep us in his kingdom, all the while thinking we are in God’s. He does that by first bringing us into the love of money before we come to faith, and then setting up false religious systems that deceive us into thinking it’s OK for us to live in both kingdoms after we come to faith. That’s the Matrix. 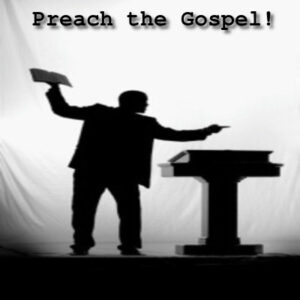 The church of Laodicea had succumbed to this deception, thinking that because they were wealthy, and all was good in a worldly sense, they needed nothing spiritually. This earned a telling rebuke, “Because you are lukewarm, and neither hot nor cold, I will spew you out of My mouth” (Rev. 3). These people thought because they were rich in the kingdom of man and they were “a church” all was good. All the polls, without dissention, tell us this is the church in America today: living in a deceived state while thinking all is good. Jesus called this condition “lukewarmth.” Think about that. Do you like anything lukewarm? Lukewarm is boring, and that’s what church life is. It made Jesus sick and it makes us sick—sick of mediocrity when our Bibles tell us there’s something so much more!

For the two opposed kingdoms on earth there must be two belief systems, for the enemy needs to capture both body and soul [“the lust of the flesh and eyes, and the boastful pride of life” (1 John 3)] to gain victory. Religions of the kingdom of man must have a “gospel” to lure in believers with a façade of truth to make them think they are kingdom saints when they are still living worldly lives. We call religion’s gospel “the gospel of salvation,” and it is marked by: 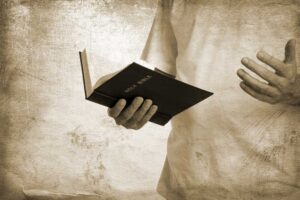 The results of this gospel are tragic and currently on display for all to see. But don’t lose hope, for below is the gospel of the kingdom Jesus both preached and displayed:

The two gospels are, as the two kingdoms they represent, nothing alike. One is meant to pacify our need to know “a higher power” while keeping us engaged in the world. The other allows us to fully experience God and brings us out of the world and into His kingdom!