MY CHRISTIAN LIFE IS BORING! 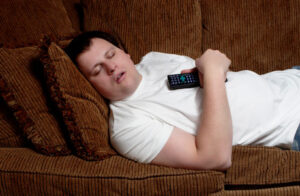 Christian life isn’t boring, religious church life is. The Mission and calling of the Reconnections Ministry is to set Christians free from the stupor the kingdom of man and religion holds them in by opening their eyes, connecting them to the literal, real, engaging kingdom of heaven on earth Jesus brought and now lives in them through the same Spirit who lived in all those inspired saints we read about in our Bibles. To do this requires to thrusts: exposing the counterfeit kingdom—“The Matrix” the world and religion use to keep Christians asleep in the Laodicean lukewarmth Jesus spoke of in Revelations 3, rendering over 90% of them “out of the game” according to their own polls. Second: opening eyes to the life that exists “all the way down the rabbit hole” in the real kingdom— the kingdom of heaven on earth!

We seek the reawakening of Christian men, because if “God’s House” is to again be brought out of the world and into the kingdom, He will use mighty men to do it. This is a battle for our minds, and we need to, as Paul said, “Be transformed by their renewing” if we want to “no longer be conformed to [the kingdom of] this world” (Rom. 12).

Imagine you are a beloved king who has been away on crusades for many years. During that time unscrupulous men have taken the throne, leaving your people crying out for your return. What would that homecoming speech look like? Wouldn’t it be rather lengthy, explaining the extended absence and what was now going to happen to restore the kingdom? Isn’t it fascinating, after 400 years of silence Israel’s King returned with a speech that was comprised of just nine words? Just nine. Let that sink in for a moment. Think they were important?

After 400 years of silence, these nine words were proclaimed through John the Baptist to herald Jesus’ coming, and later were the basis His first sermons. We believe they are the most important words Christian men can embrace to awaken them from the religious malaise. In “Repent, for the kingdom of heaven is at hand” we find the most important message of Jesus. “Change your mind, turn to Me, and open your eyes to an entirely new kingdom and reality I have literally brought from heaven to join to earth!” Not only was it Jesus’ announcement message:

If we seek to live by the message of these nine words first, and the One who embodied it, “everything else will be added unto us” (Matt. 6). What Paul said of Jesus has 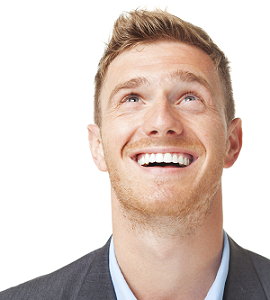 Once men’s eyes are opened to the kingdom, we want to help them learn the language of the kingdom [hearing His voice through personal revelation] and to find shepherds like Jesus in the marketplaces of America to follow and emulate. We desire to return them to Jesus’ model of shepherds and sheep, mentors and apprentices, disciplers and disciples and help them find communities of other kingdom men that follow Paul’s prescription for the church found in 1st Corinthians 14 where all contribute, all learn, and all are encouraged.

As men’s eyes are opened to the kingdom and they reengage with the Biblical model of God’s church and discipleship, the Ecclesia, they will naturally reengage the communities around them in the marketplaces of everyday life [for more information go to www.Marketplacesaints.net]